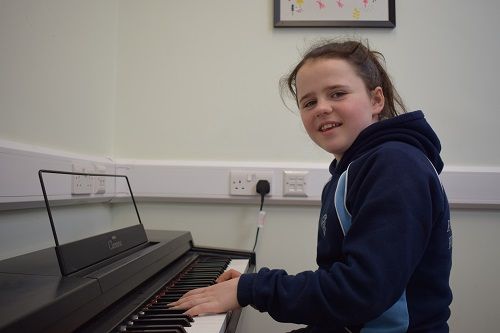 This afternoon we interviewed Eloise who is going to The Lady Eleanor Holles School.

At first it was challenging but then you got used to it. I had teachers supporting me. And then it was worth it because I got into all of my schools except one.

What has been your favourite subject at Parsons Green Prep and why?

Topic, because each term you learn about something new, like space, history, something in the past, or what’s around us such as rivers.

What after-school club or activity have you enjoyed the most?

Choir, because I have been doing it since year two. You have to sing and I love singing. I like all types of music. When you do grades you do more classical pieces but I like singing other more recent songs.

What has been your greatest achievement here?

Becoming house-captain of Livingstone (one of the four houses at PGP) at the start of Year 6. Everyone had to vote and it was a great thing to think that everyone would want me as a house-captain.

What will you miss most?

The friendly environment and the teachers, because I have known them since I was two (I have been here the longest now). It used to be nursery, transition then reception and I started in nursery.  This is my ninth year at PGP.

The ski trip this year because I have never been skiing before and it was nice to start skiing with all my friends around me. When we did the race I came last because I ended up going backwards.

How do you feel about going to your new school?

I am very excited about it.

What are you most looking forward to at your new school?

Learning all the new subjects and languages. When I went to an orientation day with one of the other schools I was looking at going to we learned Spanish and it was very interesting.

I would like to sing or sing and act, because I have seen a lot of West End shows with people a bit older than me on stage, and it would be nice to be there one day.