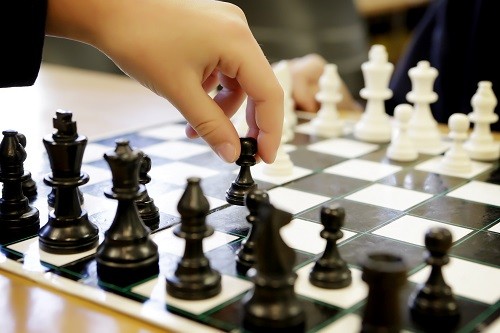 In chess we have been building on last year’s successes. Last term I was delighted to award bronze, silver and gold Carlsens and, for the first time since the introduction of our chess awards, a Chess Magnus. I am pleased to say that this term we have 58 regular members in the morning clubs and a further 21 in Chesslings. That is amazing for the autumn term. So thank you all for the effort you make and especially to all those who get up early to support chess.

The benefits of chess are well documented and I have outlined some aspects in past newsletters, but as chess provides us with an opportunity to re-boot the brain I thought I would also add some Mozart to our morning sessions. It is said that his music ‘untangles’ the mind, so, having introduced ‘chessitation’ (chess meditation) last year, I will be starting this new initiative after half-term. I’ve always believed that chess and music (rather than just maths) are interconnected. It’ll be interesting to see whether this is right.

It all starts by joining the Chesslings Club. The Year 1 and Year 2 children are still very young at the beginning of the school year, but it pays to start early. We always have many newcomers to the clubs and this term I have been very impressed by their enthusiasm and the way they have settled in.

We start the year by learning the names of the pieces, their point values and how they move. There are 32 pieces on the board and a myriad of combinations in moving so it’s quite a challenge to master all the aspects. They don’t realise their mental maths is being tested when we add up the points scored or (in Years 3-6) that they are learning coordinates from the letters and numbers on the edges of the board. It’s all just part of the game – and playing chess is what it’s all about. Concepts like check and checkmate are hard to grasp, but through practice it all becomes natural.

In the second half of the term we will continue to play for positional advantage and, once again, I will be running the popular competitions in both afternoon clubs.

So thank you again for helping put chess at the heart of PGP.

While learning how to play chess, we follow the curriculum outline and Systematic Study of Chess:

1. How to set up the board and how the pieces move.
2. How to capture pieces.
3. Understanding the board correctly (through algebraic notation) ranks, files and diagonals.
4. The points value of each of the pieces.
5. Check and checkmate.
6. Opening principles – control key squares, activate your pieces, get your king to safety.
7. More advanced rules of castling, en passant, and pawn promotion.
8. Developing your pieces together and controlling the centre.
9. Making considered moves, captures and trades.
10. Tactics – forks and pins. Using multiple pieces to attack and defend. Studying some famous opening moves. 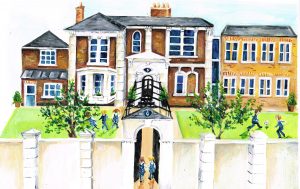