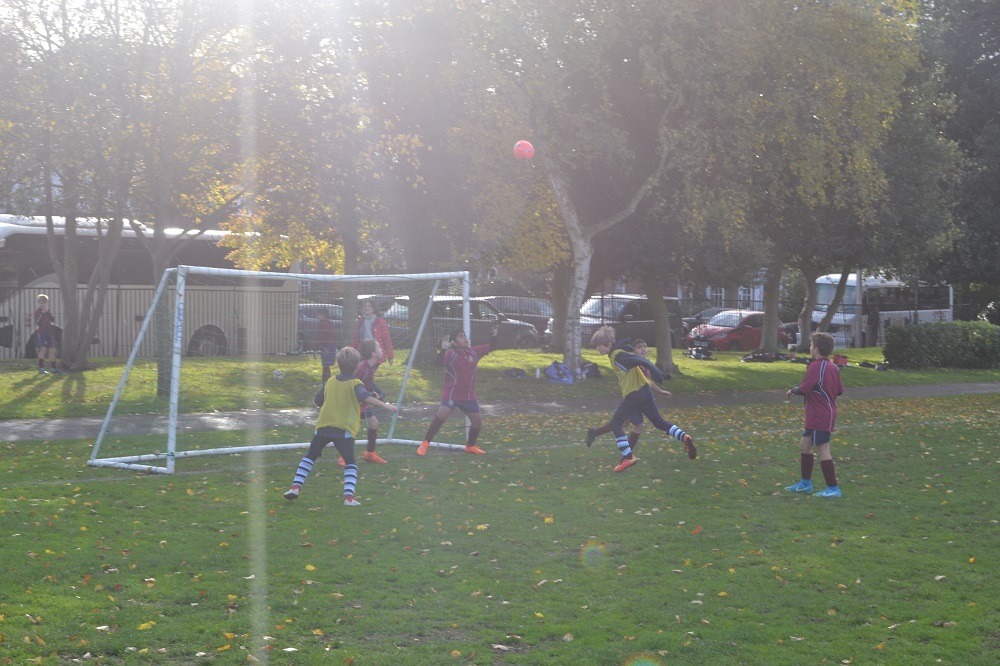 Last week Parsons Green Prep School took a group of athletes to the annual ISA Athletics Regionals at Thames Valley Athletics Stadium in Windsor. This is the largest attended ISA sporting event in the calendar year, with 33 schools entering and over 1,000 athletes from Year 4 to Year 13 competing. It is organised and very well run by James Wilding from Claires Court in Maidenhead and David Orchard from Canbury in Kingston upon Thames.

The PGP team was made up of 13 athletes of varying ages across Key Stage 2. The children represented the school in both track and field events in the 60m, 75m, 80m and 100m sprints, middle distances at 600m, the long jump, the cricket ball throw and the rounders ball throw. Ella (U11) and Emily (U12) performed admirably in the 600m event, finishing 5th and 6th overall from a field of 22 runners. Julien (Year 4) finished 4th and just out of the medals by the narrowest of margins, a mere 10cm separating him from the athlete in 3rd in a field of 20 throwers.

Lucinda (Year 6) won gold in the girls’ U12 80m sprint by an impressively wide margin. This was richly deserved as she came 4th last year and her improvement since then has been staggering. Henrik won double gold in the U10 and U11 60m and 75m sprint, setting a new ISA regional record of 9.2 seconds for the 60m. Henrik, who is only in Year 3, won both events despite being a year young for the U10 category and two years young for the U11 category, which marks this as one of the finest sporting performances ever seen at Parsons Green Prep.

Mr Will, Head of Sport at Parsons Green Prep, said: ‘This event is truly inspiring. It gives our children the chance to express themselves in an environment they clearly feel comfortable in. Today I am bursting with pride from the achievements of the team. They have excelled themselves – each and every one of them. I have to give a special mention to Lucinda and Henrik, who blew me away with a performance that made the hairs on the back of your neck stand up. This was a real red letter day for Parsons Green Prep!’

‘This is an outstanding performance by our pupils and for two children to win gold medals and move on to the nationals is a superb achievement,’ said headmaster Mr Tim Cannell. ‘It is just reward for all their hard work and the high-quality coaching of our sports department. Sport is flourishing at PGP and we are proud of all our children, both in the manner in which they approach their sport and their performance generally.’

Henrik and Lucinda now advance to the ISA Nationals in Birmingham to compete against all other regional winners from around the country. A repeat performance from the pair of them would be very exciting to see and Mr Will is confident that they will yet again excel at this elite level.